We are the dancers, we create the dreams: Ballet Nacional de Cuba’s El Lago de los Cisnes in Havana

The title of this post is from a poem by Albert Einstein and it came to mind when I had the chance to see Ballet Nacional de Cuba's production of El Lago de los Cisnes in Havana under the direction of 92-year-old ballerina Alicia Alonso. Alonso, who has been partially sighted since the age of 19, and famously danced Odette/Odile, was present and her appearance received rapturous applause from a packed house.

Last week's Swan Queen,the stunning Viengsay Valdés, lived up to Cuba’s reputation for producing striking and talented dancers.  Nobody could fail to appreciate Valdes’ fantastic balance and the panache with which she executed Odile’s famous 32 fouettés. Valdés is an international star and it shows. She was a glittering Odette and even more dazzling as a glamorous, hypnotic Odile with great style – and a stunning smile.


Dani Hernández as Prince Siegfried was competent and elegant and comparatively understated, which worked well. Carolina García’s characterisation of the queen as a dominant mother was also effective. In terms of other performers, I was struck by the athleticism and style of Srafin Castro who played the buffoon with plenty of energy and executed some stupendous leaps. The corps de ballet was excellent and well cast – the dancers were more or less the same height and their beautiful lines accentuated the structure and patterns of the choreography.

Generally speaking, the dancers were young, energetic and enthusiastic. However, the sets and production seemed dated. The cameo scenes were slightly disjointed and there were a few obvious glitches early on – a lift that definitely didn’t work, for example – but the performance soon warmed up. Literally. Cuba in June is baking hot with temperatures of over 30°C. Although the auditorium was air-conditioned, I could see from row B in the stalls just how hard the dancers were working under the hot stage lighting. The visible sweat on her back made Valdés’ flawless spins and balances even more remarkable.

The main downside was that Alonso’s version of Swan Lake adjusts the storyline, bringing together the third and fourth acts into a single third act and a short epilogue scene, in which Siegfried and Odette seem to live happily ever after, rather than being reunited in death, having drowned in Swan Lake, as per the traditional story. Personally, I found this confusing and the Soviet-style epilogue weakened the production, as the swan maidens transformed back into human princesses with heavy, dated costumes. Other clunky parts of the production were Prince Siegfried’s extra-speedy dispatch of Von Rothbart, whose bird costume had a bizarre pantomime quality.

As other commentators have observed, The Ballet Nacional de Cuba is a company of performers rather than performances – the quality of the dancers outshone the production. There were plenty of pauses for applause and Alonso herself appeared on stage to take a bow – to a standing ovation. It was a privilege to have the opportunity to see her in the flesh. 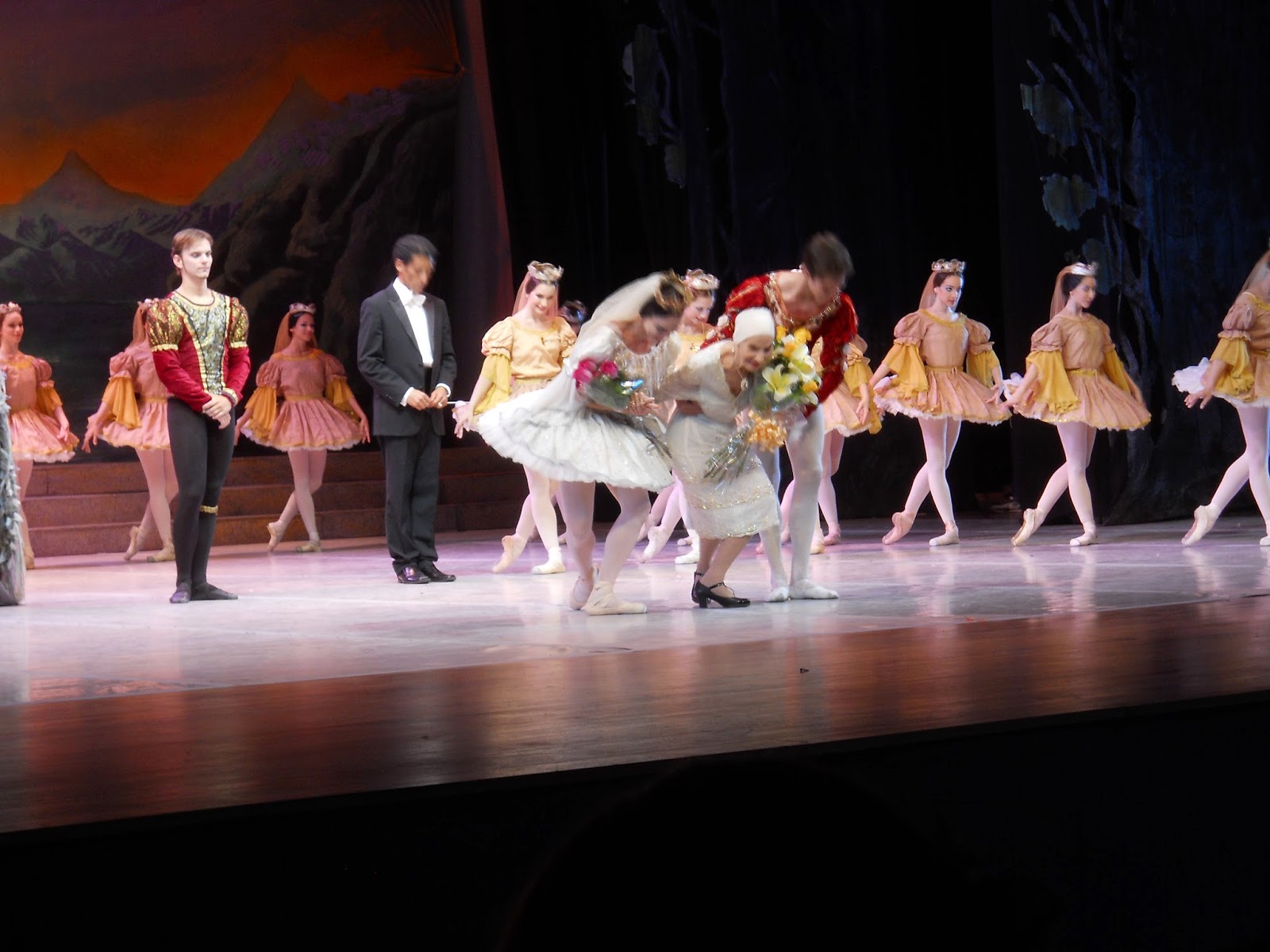 One reason I love ballet is its inclusivity. The classes I attend in London bring together people of all ages and backgrounds. Ballet is an international language, but it is generally expensive to see it performed. In Cuba, ballet seems more accessible. It was great to see so many ballet enthusiasts and many more children than you would see at the Royal Opera House or Sadler’s Wells, even at Christmas.

The Teatro Nacional de Cuba actively encourages young people to be interested in and enjoy ballet. If the expensive seats at the front are not occupied, children who have bought ordinary seats further back are allowed to run forward and sit in the front rows.

As foreigners, we had arranged tickets via our hotel and no doubt paid over the odds for two seats in row B although the price was extremely reasonable compared with the UK, Europe or the US.  As far as I could see, there were very few tourists and the front row was full of children who were clearly entranced – and incredibly well behaved. One little ballet girl must have spent a full 25 minutes looking down into the orchestra pit before the performance. I wish our theatres would offer unsold expensive seats to the dancers of tomorrow. The under-ten-year-olds in front of me sat quietly throughout and spent the intervals eating the Cuban equivalent of cheesy quavers that they had brought with them and seriously discussing the performance.


If any Terpsichore readers are planning a holiday in Cuba, I would certainly recommend an evening at the ballet. The recently restored theatre is easily reachable by taxi from the centre and there are taxis waiting outside to take you back afterwards. I was fortunate to see some of Cuba’s international stars, and the company is young, well trained and energetic, although I did not spot any budding Carlos Acostas.

In Cuba, ballet dancers are living the dream. Having read Carlos Acosta's autobiography, I realise that ballet represents a genuine possibility of escaping Cuba's limitations. But not everyone wants to physically escape, and not everyone wants to dance. The Cuban approach to ballet is also about instilling an appreciation of culture. My evening at the ballet highlighted the social and cultural value that Cuba places on dance, beyond simply it's commercial value, and that value allows Cuban dancers to continue to create the dreams. 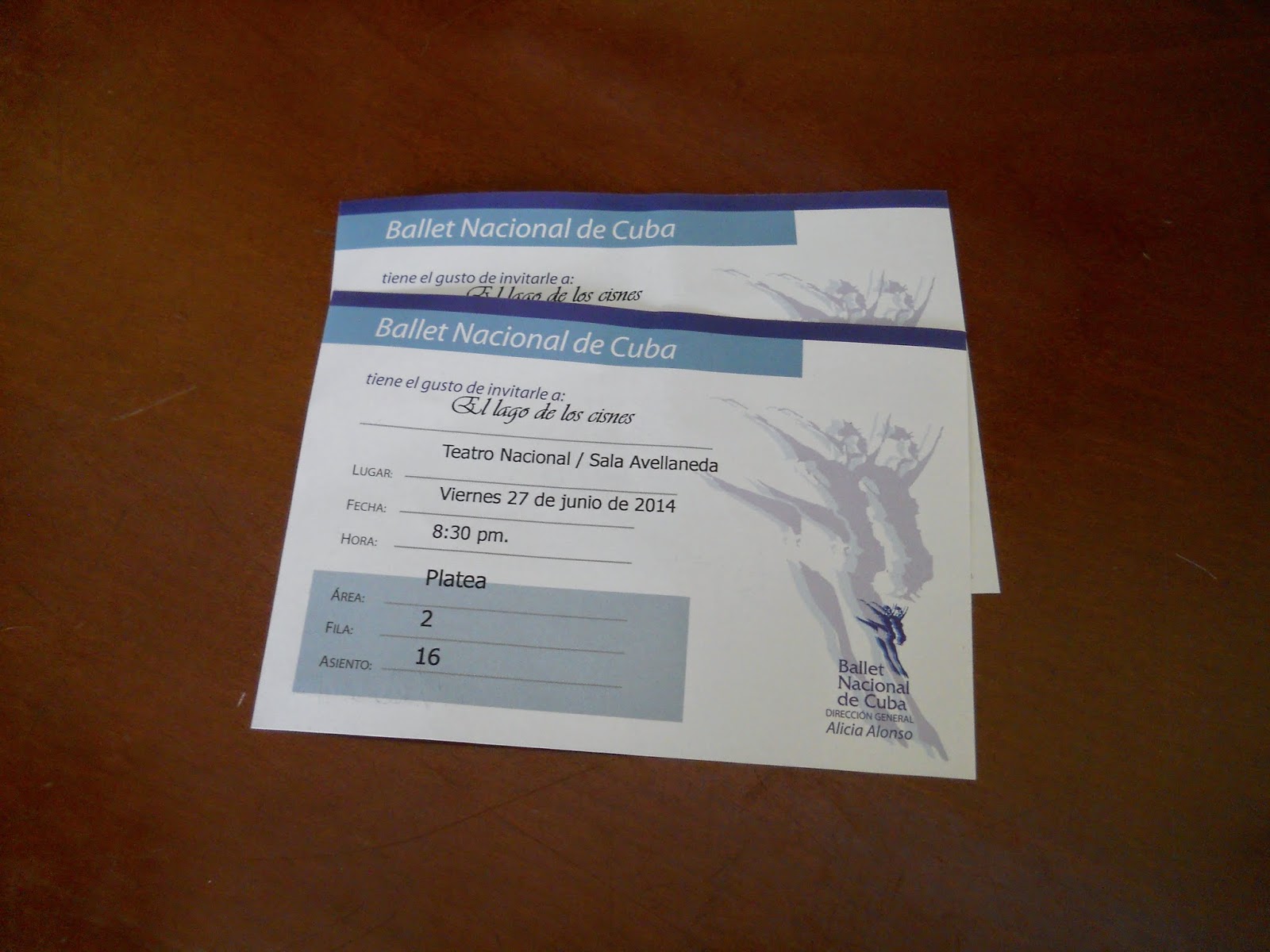 Photography by Peter Mardon
Posted by Joanna Goodman at 12:15