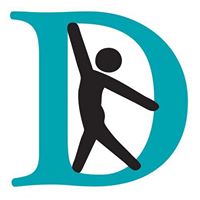 DEL Dance Theatre is a new dance company for young people in York. According to its Facebook page, DEL stands for "Dance", "Education" and "Learning" though it also appears to be the middle name of the company's founder, Hayley Del Harrison. The reason I know that is because the company is appealing for funds on Crowdfunder for a new production of Saint-Saëns’s Carnival of the Animals which will feature several styles of dance.

I cannot think of a better score for its repertoire. That music, and in particular The Swan, kindled my love for ballet. My mother was lucky enough to see Pavlova dance Fokine's interpretation of that movement (see In Leeds of all Places - Pavlova, Ashton and Magic 15 Sept 2013). I saw a great performance of that work by Elena Glurdjidze in the Gala for Ghana on 4 Feb 2014 and was able to tell that great ballerina how much I enjoyed her performance a few days later (see Elena Glurdjidze - So Lovely, So Gracious 11 Feb 2014). A year afterwards Javier Torres danced Michel Descombey's version in Northern Ballet's Sapphire gala on 15 March 2015. A week later I saw Christopher Marney's beautiful version for Chelmsford Ballet (see A Delight Indeed 22 March 2015).

The company had appealed for £1,500 and has already exceeded that target. The appeal, incidentally, ends at 15:05 today British time so there is still time to contribute if you would care to do so. The aim is to introduce musical theatre to the young people of York, both as patrons and performers.  Ms Harrison explains that:


"Dance theatre not only entertains; it sparks the imagination, provides tools for expression, and increases our ability to empathise."

She adds that though there is a lot of other artistic activity in York there is not much home-grown musical theatre in the city - especially not for children. The company plans to fill that gap offering opportunities not just for the young:


"We are also keen to draw on the talent and skills of so-called ‘mature’ dancers living in the area (these people should be cherished, not side-lined!), and provide opportunities for them to share their experience and knowledge."

And not just for dancers as local artists and musicians are also invited to participate in the project.

Ms Harrison spent her career in the West End and on stage. I plan to review the show when it appears and also to write a longer feature on the company for Terpsichore Yorkshire.
Posted by Jane Lambert at 01:07