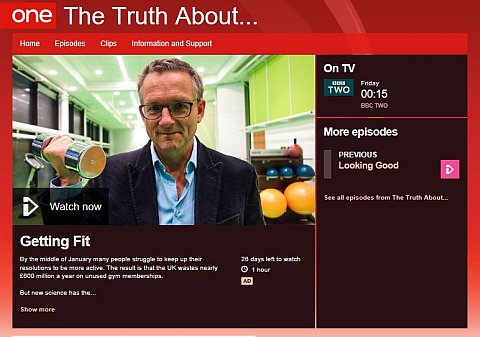 An interesting experiment on BBC TV’s The Truth about Getting Fit suggests it could.

At Coventry University, a group of salsa dancers were asked to do a series of mental tests before and after a 30-minute salsa session, led by salsa instructor and exercise scientist (yes, really!) Dr Pablo Domene.

The tests covered the dancers’ ability to make decisions and avoid distractions; their ‘working memory’ and ability to recognise patterns, and, finally, their ability to anticipate moving objects.

The results were revealed by Cognitive Scientist Professor Michael Duncan. He said that in the anticipation test, which looks at perception and cognition together, the group’s performance as a whole was eight per cent better after the salsa session than it had been before.

In the visual discrimination tests - the ones relating to being able to make decisions without being distracted - the group did 13 per cent better.

The best results of all, though came in the working memory tests, which, according to Prof Duncan, measure: “the ability to hold different bits of information in our heads to allow us to get the job done, from following a recipe to holding a conversation”. In those, the group’s performance improved by 18 per cent after their salsa session.

“I’ve never seen an improvement like this for any other activity, including running and cycling,” Prof Duncan told presenter Dr Michael Mosley.

Or, in other words (ie mine!) take your brain dancing and it’ll work a lot faster and better.

Certainly, Dr Mosley was impressed. “People say that they don’t have time to exercise,” he said, “but what this research suggests is that exercise makes you more productive, so you get more out of your day.”
Posted by Alison Winward at 19:38