Kenneth Tindall - The Architect of Ballet 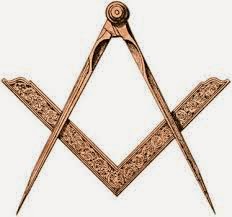 Well, this is certainly exciting! My first contribution for this blog will be a review of the most impactful ballets I have seen so far this year, danced by one of my favourite companies!  I was one of the privileged audience members at Northern Ballet's Company HQ on Wednesday 18th July 2014 to watch the first cast of the 'Mixed Programme 2014/15'. It was also the premier of Kenneth Tindall's 'The Architect' (more on that in a second!) and turned out to be one of the most special and memorable nights of my life.

Before I get on to reviewing the three pieces in the programme (Lar Lubovitch's Concerto Six Twenty-Two, Hans van Manen's Concertante and Tindall's The Architect) I have to say that the company are in superb athletic form right now. It was a real thrill to be able to see them up close in the intimate setting of the Stanley & Audrey Burton Theatre, and its stripped back atmosphere added extra impact to the lighting and set designs used so cleverly in the 3 pieces. This programme really highlights the gifts and strengths of the Northern Ballet and gives them access to work that is beyond the usual boundaries of narrative classical ballet. It also provided moments of real maturity for the younger dancers, particularly Kevin Poeung who clearly put so much GRAFT into his performance in The Architect. The performances I saw last night were just as thought-provoking as dance theatre but lost no amount of classicism or emotion. I feel incedibly proud of  this Yorkshire-based company, they really do belong on the world's stage and this programme will hopefully be their launchpad onto it (they will be bringing the programme to the ROH Linbury in 2015) 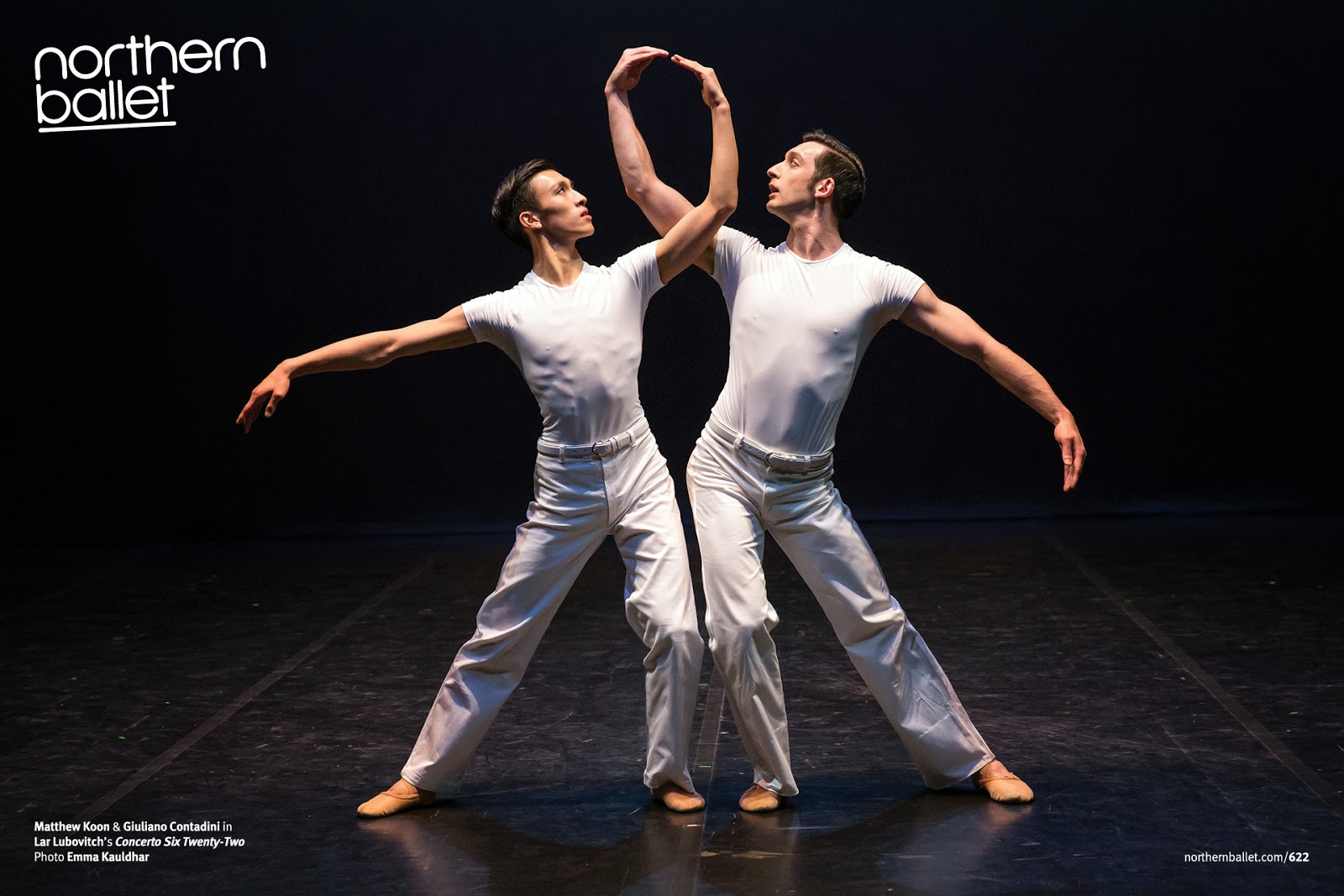 I'm not personally much of a Lar Lubovitch fan, I find his movement language just a little too on the safe, bland side and many elements of this piece don't really grab and sustain a hold on my attention. It didn't generate in me much of a response above critical appreciation of his work, the mental assimilation of the techniques he used and of course the appreciation for the dancers.

However, even though this piece isn't to my taste the company performed it with such lightness and carefree exuberance. It genuinely was a joy to see them dance and they all managed to convey a sense of true joy at dancing with each other. Hannah Bateman (aka Mrs Tindall!) and Dreda Blow in particular were visions of springtime loveliness. Concerto is a natural fit for the elvish and sprightly Rachael Gillespie, she looked like she was having the time of her life dancing it. Matthew Topliss deserves credit for maintaing the energy and elevation in the Allegro/Rondo pieces and the Adagio PDD between Guiliano Contadini and Matthew Koon was my highlight from this piece. 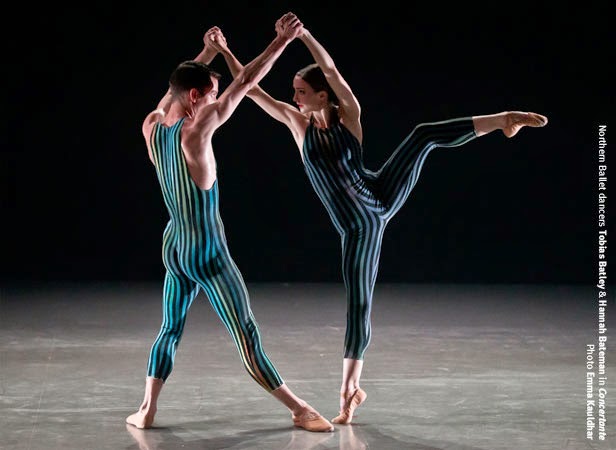 I'm a big fan of Hans van Manen, Nederlands Dance Theatre and Het National Ballet, so I had very high expectations for the performance of this piece. Which, as it turns out were actually exceeded! Contemporary pieces like these that are the lifeblood of European companies can be hard for British ballet companies to master. Not only is the movement itself more extreme than typical classical ballet repertoire, it also requires a subtle intensity, as apposed to 'mannered' performance. Mastering these elements make the diffference between a piece that is well presented to a piece that is performed authentically and hits the mark.

Watching the Northern Ballet dancers performing Concertante I found myself being pulled in, so that I no longer had any awareness of where I was or even WHO these dancers were. It was a prime example of ability of art to be a catalyst for complete transcendence, and the company carried this all the way into and beyond Tindall's Architect. The movement language in this piece is gorgeous, and very 'me', and my favourite moments were 'That' duet between Tobias Batley and Hannah Bateman and Martha Leebolt's duet with Giuliano Contadini. Bateman mesmorised me with her challenging, questioning eyes. Batley was everything that you love and everything that you hate about intense relationships. Leebolt, for me, is so much more than a dance actress and in Contadini she had the perfect partner to really express her true artistic ability. 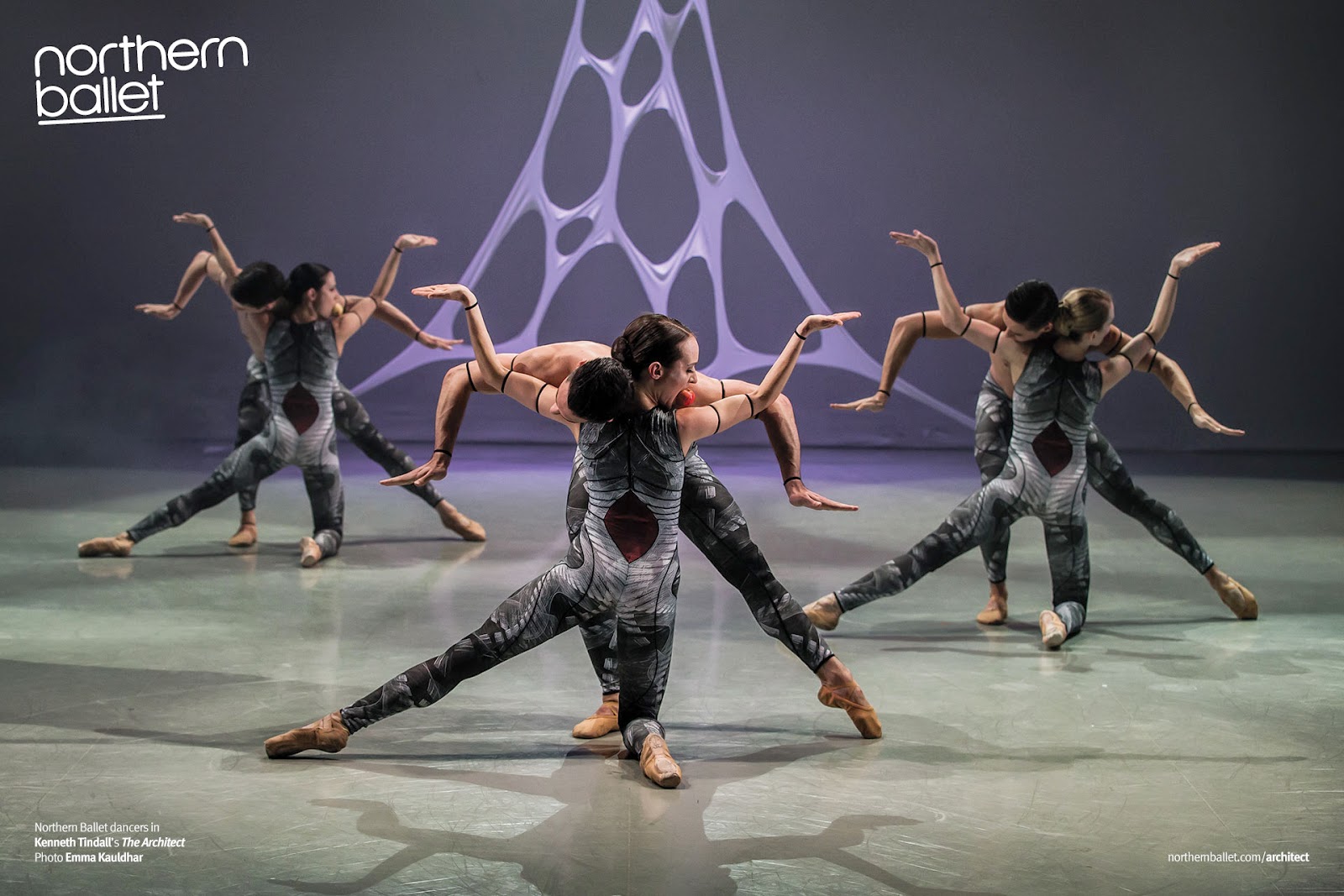 Anyone who follows me on Twitter will know that I have been raving on and on about this piece for weeks!  Kenneth Tindall is a true creative, his ideas and movement language are incredibly unique in the UK and the sheer facility of the Northern Ballet dancers gives him full reign for making his creativity a reality. In Architect, I was given everything I wanted and more! I spoke about being pulled into Concertante, well with The Architect Tindall and the 9 dancers performing it reached out with their own hands and pulled me in to the piece from my insides. They didn't let go, either, I'm still having random conversations with myself about some of the themes and ideas that I've seen in the piece and I still feel that I was privy to a very great 'Becoming' (to borrow from Thomas Harris!).

Movement-wise Tindall threw so many contrasting but highly effective influences into the piece and I've never seen the company dance, interact and perform anything like it before. He gave them a truly 'meaty' piece of work, pushing them to their limits as atheltic dancers and as emotional creatures. The set and the lighting design (Chrisopher Giles and Alastair West, respectively) were spectacular, carving out space and increasing the intensity, and perfectly integrated with the movement language to holistically make this piece gobsmacking. Costume-wise, who knew a unitard could be so impactful and emotive?! The spinal designs on the backs of the male dancers really connected with me, and the visceral red 'wounds' or wombs on the backs of the female dancers' costumes provocatively hinted at what was to become clear in the piece.

Brutal, ravishingly beautiful and completley immersive, Architect has really cemented Tindall's position as my favourite British choreographer and I hope that one day I will create and dance in works that have a fraction of his impact. This piece was a genuinely collabrative effort, TIndall sculpted his dancers into a new kind of living, breathing organism. All 9 dancers (Hannah Bateman, Martha Leebolt, Tobias Batley, Kevin Poeung, Dreda Blow, Guiliano Contadini, Joseph Taylor, Jessica Morgan, Nicola Gervasi) deserve special mentions, without them all it wouldn't have been what it was!
Posted by Unknown at 23:36