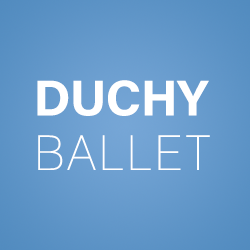 Later today Duchy Ballet, Cornwall's classical ballet company, will hold auditions for its annual show at Poltair School in St Austell. The timetable and other particulars of the auditions appear on the Info page of the company's website. I hope everyone who takes part has a good day.

The company will dance The Nutcracker in March which it first performed in 1998.  According to the Performances page


"Duchy Ballet was formed to celebrate the opening of a long awaited theatre in Cornwall in November 1997. Our first production just three months later, with a live orchestra, and professional soloists was 'The Nutcracker'."

As it will be the 20th anniversary of that first performance, next year's show is likely to be special. I shall make every effort to attend and review it.

I wrote about the company in Ballet in Cornwall 17 Sept 2017 when I was on holiday near Looe last year. In that article, I discussed Cornwall's cultural identity based on a strong literary and musical tradition upon which the company has drawn from time to time for the subject matter of its ballets. At that time I had not actually seen the company but I took an interest in it because I have connections with Cornwall having spent two significant periods of my life there as well as many holidays.

I saw Duchy Ballet for the first time last March when it performrd The Sleeping Beauty.  I was very impressed as you can see from my review, Cornwall's Coup: Duchy Ballet's Sleeping Beauty 19 March 2017.  The lead roles were danced by Tom Thorne and Laura Bosenberg of the Cape Town City Ballet but, as I noted in my review


"....... the company had its own stars. Terence Etheridge, who choreographed the show, was a magnificent Carabosse in the tradition of Robert Helpmann. The lilac fairy (danced, I think by Alabama Seymour) was delightful. Matthew Phillips was a great bluebird and he was partnered well by Amy Robinson. Jasmine Allen was a charming white cat. I need to credit the wardrobe, those who made the sets, the lighting designer - I could go on but it's late and I have a long journey tomorrow. The company won a standing ovation for its performance and that is all I need to say."

I later learned that Seymour had been offered a place at Rambert's school which delighted but did not surprise me at all (see A Spark of Excellence 23 March 2017).

Even though Truro is not a big city and Cornwall does not have a large population, the performance that I saw was well attended and there had already been others earlier in the day and the day before.  I mention that because the info page mentions sponsorship and advertising opportunities which must be worth considering for businesses based in, or doing a lot of business, in Cornwall.

Finally, the company relies on volunteers for technical, wardrobe, chaperoning, front of house and other jobs. I can say from experience that preparing for a performance is always great fun.  If you live in Cornwall this is your opportunity to experience the excitement of the theatre.
Posted by Jane Lambert at 02:49