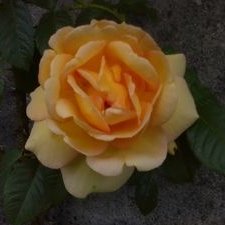 On 4 Oct 2016 Mary Howard kindly reported on the very first Ballet Retreat last August (see The Ballet Retreat 4 Oct 2016). Two more have taken place since then - one in London and the other in Leeds. Wendy McDermott, who attends the same classes as I do in Leeds and Manchester as well as Jane Tucker's intensive workshops at KNT, participated in the January Ballet Retreat on 14 and 15 Jan 2017. She has very kindly written this report.

Dear #ballet enthusiasts, miss #theballetretreat at your peril, and the chance to recreate your own expression of much loved ballets
— Wendy McDermott (@WendyMcDermott3) November 20, 2016

How right I was! I wrote that on the 20th November 2016, which was, at the time, the 2nd day of the London retreat, which I had missed myself! They were dancing Giselle solos, which, coincidentally, was the same date as Maya Plisetskaya’s birthday. But also coincidental because she’s my favourite ballerina in this role. (Marianela Núñez a close second. Anyhow, I digress).

The Leeds retreat was the third such event, produced by Hannah Bateman and David Paul Kierce, current and former dancers with Northern Ballet respectively. We were also lucky enough to be tutored, supported, and guided by Gavin McCaig, another professional dancer with Northern Ballet, so we were in good hands.

There remains a buzz of anticipation on the morning of the first day, as Mary Howard experienced and thus wrote for the previous retreat, only this time we went straight into warm up from 10am, instead of watching the Northern Ballet company class. This 20 minute warm up consisted of gentle, but thorough stretching to awaken the body ready for the day ahead. The lovely Hannah Bateman, current leading soloist with Northern Ballet and one of the Retreat’s producers, took us through the moves. I would have like to have done some dynamic stretching at the end but that’s just a personal preference.

A quick break followed for the usual necessities whilst the barres were being set up ready for the technique class (with company pianist) with David Paul Kierce. Readers; Dave is a force unto himself! Those of you who have taken the Thursday night beginner ballet class at Northern Ballet with Chris Hinton-Lewis and knows the energy, enthusiasm and fun he brings, will recognise the same, if not more, from David.

After lunch, provided by the Retreat, we went on to learning The Sleeping Beauty’s ‘Blue Bird’ variation, adjusted of course to suit our levels of ability but still to a technical standard to feel challenged. The men similarly separated to learn their variations.

The day ended with a really good stretch and cool down, instructed by Hannah.

Day two (and sadly the final day) took the same vein, culminating in performances from all dancers, in small groups of between four and six persons so everyone had more than enough space to spread their wings in the amazing Stanley and Audrey Burton Dance Theatre (incidentally, we had the same space for the whole two days; a luxury!) We all took thunderous applause after our solos, some taking a little longer for the reverence than others (moi , tu me dis? Pas du tout).

Judging by the dancers attending, it’s becoming a firm favourite with adult dancers from London and Yorkshire alike and will become a diary staple in the months to come. So to dancers young and not so young, male and female, I say to you, add this event to your dance diary as it is an event surely not to be missed."

Thank you, Wendy, for this great report. I am so glad that you enjoyed this Retreat. You weren't the only one. Mary also attended the January Retreat as did several of my other classmates. All spoke highly of Hannah and David.

Hannah and David have announced two more Retreats - one at Rambert's studios in London between 29 and 30 April and the other in Leeds from the 26  to 28 Aug 2017,
Posted by Jane Lambert at 23:29