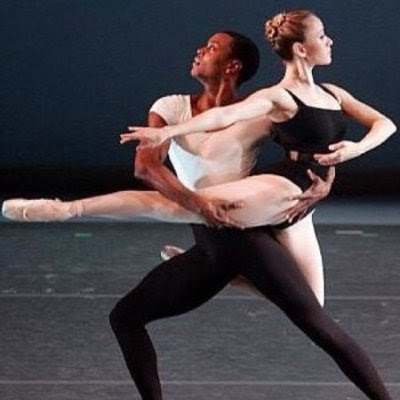 Yesterday I received this very welcome message from Cassa Pancho:

We are delighted to be returning to the main stage of the Barbican in March with our new triple bill!

This year, we are presenting a new ballet by the celebrated British choreographer, Michael Corder who has created a sparkling new quartet, House of Dreams to the music of Debussy, a re-staging of our 2012 audience hit, Captured created by Martin Lawrance and our story ballet is Red Riding Hood, choreographed by the multi-award winning Annabelle Lopez Ochoa who gives us a fairy tale with a surprising twist (and helium balloons!) with costumes from Yann Seabra who designed our fabulous Swarovski tutu for Cristaux last year.

We have over 3000 seats to fill, so please help us spread the word! If you can't make it to London, take a look at our Spring tour dates at the end of this email.
Barbican triple bill premiere: 2nd-4th March 2017: https://www.barbican.org.uk/theatre/event-detail.asp?ID=20245

We look forward to seeing you at a show soon!

Best regards from Cassa & all at Ballet Black"

There followed a list of venues where they are going in the first half of this year.  The list includes Finchley, Winchester, Worthing, Birmingham, Ipswich, Salisbury and Nottingham (see the Performances page of their website for full details). Nowhere in the North as yet but they usually visit Leeds in the Autumn and there is every hope that they may be tempted back to the CAST and Lowry.

Martin Lawrence is an associate choreographer with Richard Alston Dance Company.   He trained at Coventry Centre for the Performing Arts and London Contemporary Dance School. He danced with Richard Alston Dance Company from 1995 - 2007 and was appointed rehearsal director of that company in 2007. His first commission was  Thimble Rigging for the Meltdown Festival in 2000. Since then he has created work for Richard Alston, Scottish Ballet and Ballet Manilla as well as Pendulum, Captured and Limbo for Ballet Black. I reviewed Limbo in Extra Special - Ballet Black at the Linbury 26 Feb 2014 27 Feb 2014 and mentioned it again in What could be more thrilling than a Ride on a Roller Coaster? A performance by Ballet Black! 24 May 2014, Best Ever - Ballet Black at the Nottingham Playhouse and Ballet Black at Home in Leeds 7 Nov 2014.

Annabelle Lopez Ochoa is a freelance choreographer based in Amsterdam. She trained at the Royal Ballet School in Antwerp and danced with various Europen companies before specializing in choreography in 2003 (see her Biography page on her website). Her works include A Streetcar named Desire for Scottish Ballet which I reviewed in Scottish Ballet's Streetcar 2 April 2015.  Cassa's description of Little Red Riding hood is intriguing and I look forward to comparing Lopez Ochoa's version with Darius James and Amy Doughty's for Ballet Cymru which I saw in Newport on 21 May 2016 (see Ballet Cymru's Summer Tour 22 May 2016) and Cardiff (see Ballet Cymru's "Sleeping Beauty Moment" 5 Dec 2016) and which David Murley reviewed in Little Red Riding Hood comes to London 2 Dec 2016).

On 25 Feb 2017 Lopez Ochoa will hold a one-day practical workshop on Red Riding Hood for students in higher education and training, emerging artists and professionals which will explore ballet technique generally and the repertory of the new ballet.  The cost is only £65 plus a 60p booking fee and the fee includes a ticket fo the show. There are also a number of bursary places.   To apply for a place

"Please send a CV (feel free to include images/video links) and a short written statement (200 words) on how this Weekend Lab will benefit your practice to: weekendlabs@barbican.org.uk
The closing date for applications is 5pm on Friday 27 January; you will be notified one week later if you have been offered a place."

That seems like a golden once-in-a-lifetime-never-to-be-forgotten opportunity to me and I wish everyone who applies for a place the very best of luck. If I were an able young dancer I would jump - nay perform grands jetes en tournant, tours en l'air and any number of entrechats - at that chance.

Finally, I could not leave a discussion of Ballet Black without reminding my readers that Damien Johnson was one of my outstanding male dancers in 2016. As it is not easy to compare a principal in a company like the Royal Ballet, Dutch National Ballet or the Bolshoi with a senior artist of a specialist company like Ballet Black I divided the award into two, one for principals and soloists of major companies who dance leading roles in full-length ballets and the other for the rest.

I did not draw a similar distinction for women dancers but partly because I did not have time but mainly because I could not decide between Cira Robinson, Sayaka Ichikawa and Isabela Coracey all of whom are outstanding.  All I can say is that it would have been one (or more likely all) of them.

I don't think I would be flattering them or exaggerating by saying that Ballet Black is one of the most attractive companies in any of the performing arts that I have seen in over 60 years of theatregoing.
Posted by Jane Lambert at 08:22