Never attend a Ballet Class the Morning after the Night Before 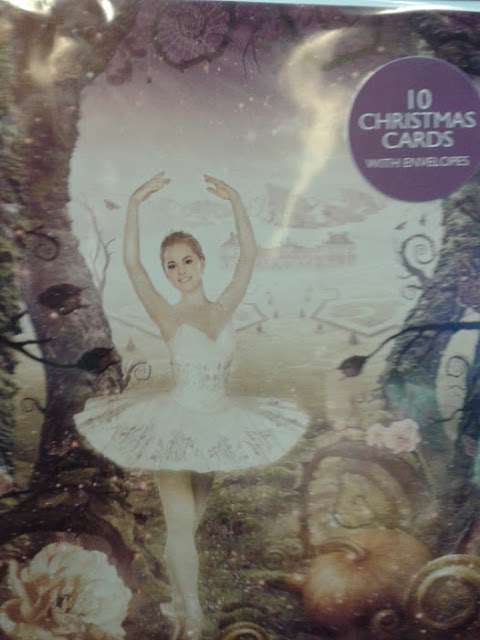 While I was in Edinburgh I bought these very special cards for my very special ballet friends.  They show Bethany Kingsley-Garnet who danced Cinderella on Saturday and that is the costume she wore in the ballet. It was a lovely production as you can see from my review (see Scottish Ballet's Cinderella 20 Dec 2015). You may remember that Cinders had been warned to leave the ball before the end of the drivers' shift at Murine Motors otherwise they would take their Pumpkin stretched limo back to the garage and she would have to find her way home on the night bus. Cinders could have walked home when her mum was alive because the family lived in the New Town. She and her dad had to move to Craigmillar after he had taken to the bottle to relieve the stress that he suffered in a disastrous second marriage.

Cinders managed to change out of her party dress and even had time for a brief lift by the prince just before the Pumpkin drove off. That was more than I was able to do when I attended our chambers party on Wednesday. It was a seriously good party which was still going strong as I left for King's Cross to catch my train back to Leeds at 06:30. The reason I had to be on that train was that I had a ballet class at 11:00, cocktails at The Alchemist after class and an invitation to see one of Phoenix Dance Theatre's  new pieces at 17:00.

Leeds is 200 miles from London and the journey takes just over 2 hours. For the whole of that journey I felt I was doing pirouettes if not more fouettés than Legnani had ever accomplished in her life. As I say, it had been a very, very good party. I regained my composure on the walk to Quarry Hill and changed out of my party dress into my leotard.

The first exercise was pliés which are usually a doddle but when I tried to relevé in 5th at the end of the exercise my feet and ankles wobbled like a jelly. It was even worse when we tried tendus because we had to remember to stretch our inside leg after the exercise on our outside leg and then attempt to stretch outside leg and insider leg alternately en croix. Glissés were even worse because they required a pas de cheval st various stages. To say I was hopelessly confused is putting it mildly. After the usual ronds de jambe. grands battements and so forth and then it was time for centre work when my troubles really began. Even though my brain had been doing pirouettes all the way from King's Cross to Leeds could my body pull one off when it needed to do so. No way don Jose. It was hard enough to remember the preparation. We had a lovely port de bras which I just managed to struggle through. Then jumps which is the bit I usually like best. Finally, chassés, balancés, a complex exercise consisting of curtsey, arabesque,  pas de bourrés and balancé turns which is hard enough when I have had a good night's sleep and have been stone cold sober the night before. For once in my life cool down and reverence could not come soon enough.

Mel had been following  my tweets from Budapest. "How was class?" she asked solicitously. "I didn't injure myself or anyone else or even fall over" I replied "but that was about all the credit I could claim." We met for cocktails as arranged. Michelle Richer, one of the most prolific contributors to BalletcoForum, managed to join us from Lincolnshire.  She was accompanied by Adrian whom she had mentioned in the forum from time to time. In fact we met  on the train to Leeds. Although I stuck to mineral water my classmaters' cocktails were amazing. One of them ordered something that erupted with the violence of Vesuvius. Another produced dry ice like the wilis emerging from their tombs.

My over 55 ballet class was almost as gregarious as my chambers. We found a table on the terrace outside the cocktail lounge where we could observe le tout Leeds and there my fellows consumed the barman's concoctions until dusk. I stayed in Leeds for the new work for Phoenix by Kate Flatt called Undivided Loves which will be premièred at West Yorkshire Playhouse on 17 Feb 2016. We had a talk from the choreographer and another from Adriano Adewale, the composer, and finally a run through by Prentice Whitlow, Marie-Astrid Mence and Jack Thomson. As the work is still in progress I have promised to say nothing about it except that it is enchanting and I would urge my readers to see it.

I had forgotten to mention what I did between cocktails and the performance. I spent an interesting time at the British Art Show at Leeds Art Gallery. It is not everybody's cup of tea. Maybe not even Marcel Duchamp's but it is good to know what artists in other mediums are creating. I was attracted to Charlotte Prodger's "Northern Dancer"  but found out that it was all about a horse.
Posted by Jane Lambert at 16:47