Another great photo from the Dutch National Ballet Junior Company's matinee performance at the Meervaart Theatre on 14 Feb 2016 which I reviewed in Ballet Bubbles on 16 Feb 2016. This photo shows Belle Beasley with Thomas van Damme and Antonio Martinez Cegarra in Charlotte Edmonds's Fuse.

Two other bits of news about the Junior Company.

Tomorrow they will perform Fresas ("Strawberries"), a new ballet by Juanjo Arques on Hieronymus Bosch's Garden of Earthly Delights in 's-Hertogenbosch which was the artist's home town. 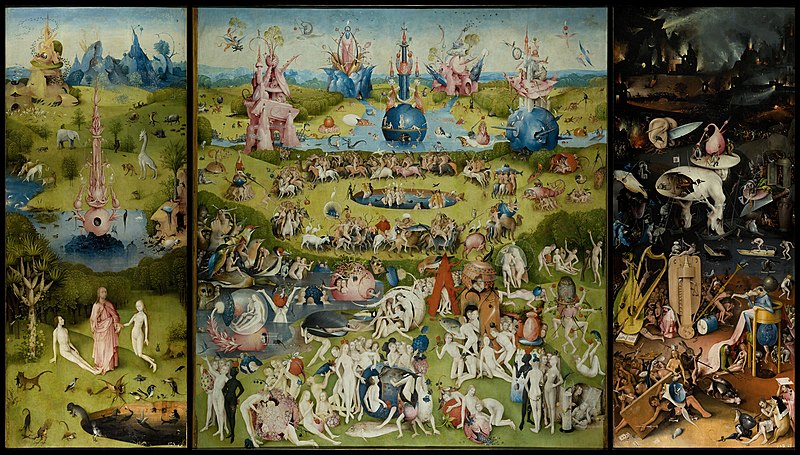 The above triptych hangs in the Prado in the choreographer's capital city. A neat link between the Netherlands and Spain.

The other news is that it Bart Engelen's birthday. Bart wowed the Linbury last year with his solo performance of Full Moon (see Junior Company in London - even more polished but as fresh and exuberant as ever 7 June 2015). 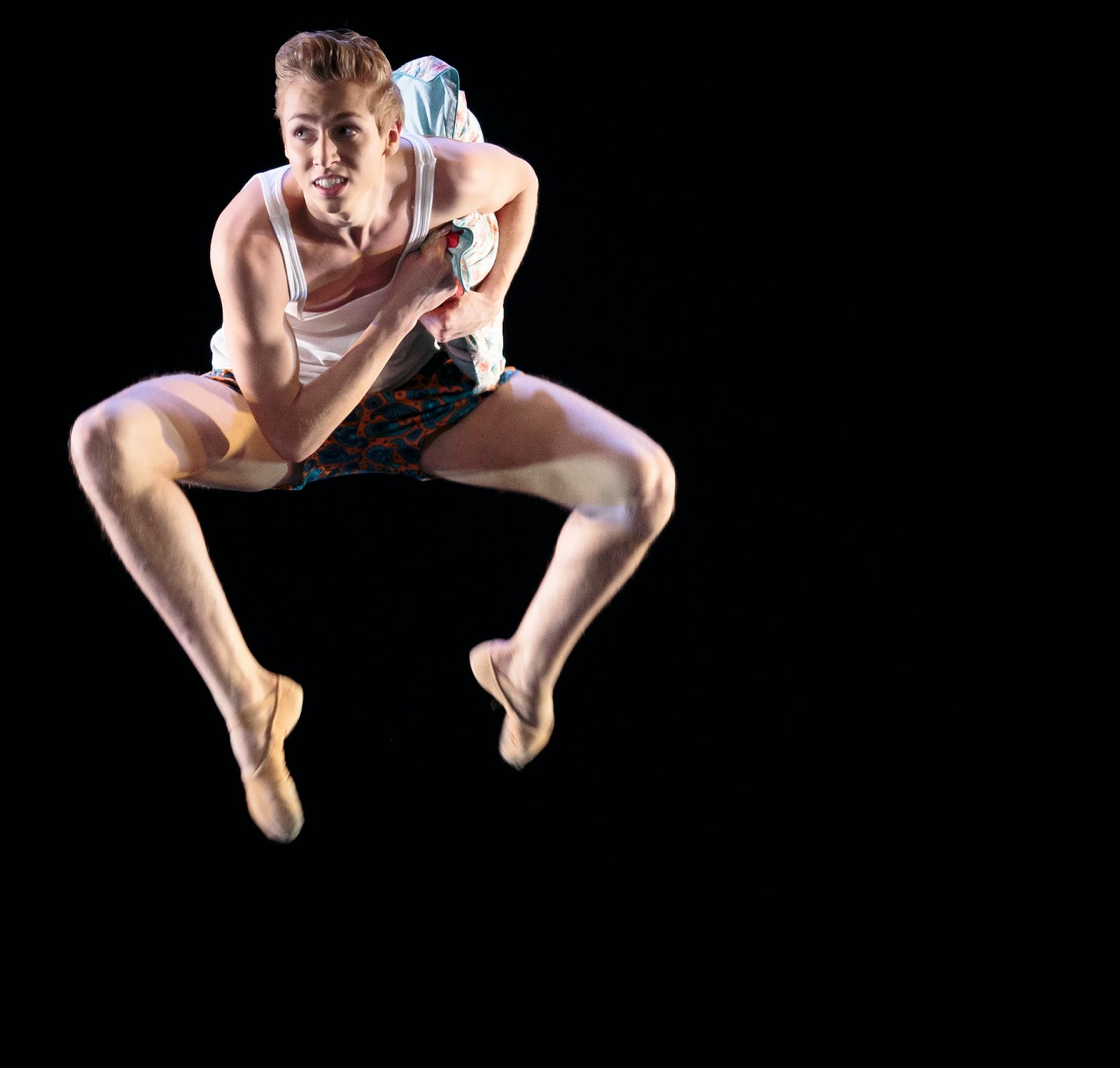 Bart is now with the Norwegian National Ballet.  I am sure I speak for everyone who saw him in London in wishing him a happy birthday and continued success in his career.
Posted by Jane Lambert at 22:55