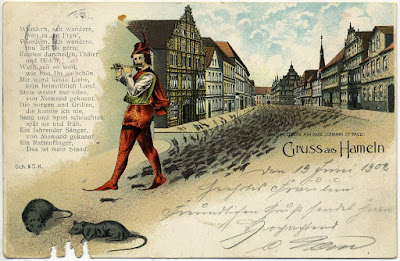 It is not every day that I am in on the birth of a new company or even at a premiere of a new work but that is precisely what happened last night when I attended the first performance of Soul's Path by the Matrafisc Dance Company and the Vonnegut Collective.

Despite my preview, Soul's Paths (27 Oct 2016), I had no idea what to expect.  The venue, The Wonder Inn, which is almost next door to the Shude Hill bus station in Manchester,  is indeed an inn or at least has a bar serving alcoholic and non-alcoholic drinks and some rather tempting cakes. I arrived at 18:30 and sat at one of the tables with a cup of coffee waiting for something to happen.

Shortly after 19:00 a trumpeter (Gary Farr) raised his instrument to his lips and started to play. He began near the entrance and made his way slowly past the tables to the far end of the bar.  I noticed members of the audience were following him so I got up and joined them. I glimpsed two of the women dancers (one of whom was my ballet teacher Carlotta Tocci) dancing on the counter.  The sound of the trumpet ebbed away and a violinist in a black top hat (Gemma Bass) began to play. Was she the pied piper mentioned in the preview? Apparently so!  Everybody followed her.

We were led through a series of rooms first on the ground floor and then upstairs in which different dancers performed solos or duets. Each of the rooms was decorated and dimly lit.  In one of the rooms, strings of bird shapes traversed the room.  In a rather lovely gesture, Ina Colizza pinned a card to one of the strings after she had completed her dance.

The tour of the building ended in a large room where chairs and cushions had been arranged along one wall for the audience. The violinist sat in the middle of that space. The percussionist, Harry Percy, sat with his instrument opposite her.  At one end of the room stood Norman Skip with his keyboard of electronic wizardry.  At the other stood the trumpeter.  The whole company appeared for the final dance in the centre which was thrilling for its exuberance and energy.

The production was unusual, imaginative and innovative. The dancers complemented the musicians beautifully. I was rather apprehensive about the Vonnegut Collective having played some of the recordings. The music they played for us last night was delightful.

After the artists had taken their bow Ina told us that we had just seen the first performance of the Matrafisc Dance Company. I think Manchester will take them to their hearts. And not just Manchester but audiences everywhere.
Posted by Jane Lambert at 03:45