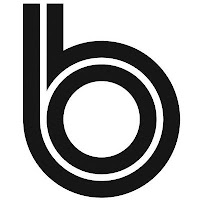 Every Autumn Ballet Black performs its triple bill at the Stanley and Audrey Burton Theatre in Northern Ballet and Phoenix Dance Theatre's premises in Leeds and packs it out. The company has a loyal following throughout the land, but especially in that theatre where it seems to dance particularly well. Probably the intimacy of the auditorium suits its style better than most theatres but I think another reason may be that it always feels lifted by the crowd.

As I noted in Ballet Black at Home in Leeds 7 Nov 2014 and Ballet Black return to Leeds 21 Nov 2015, Leeds is the company's second home. I visit Northern Ballet Academy at least once a week for class during term and I can tell you that there is always a buzz in the cafe and changing rooms when the posters and flyers for Ballet Black start to appear. Snippets of "Ooh I must see them!" or "Did you see them last time?" occur in conversation as we wait for the lift or relax after a class. No other company (except perhaps the resident ones when they are about to present a new work) generates that sort of excitement among my adult ballet classmates or theatre goers in West Yorkshire generally.

Audiences can now welcome back Jose Alves and Marie-Astrid Mence to Ballet Black.  It was so good to see them again. Hugs and flowers to both of them! But where was Kanika? She has such expressive features and a delightful sense of humour. Vlad the Lad will be devastated if Madame Kanikova has gone for good. So, too, will his granny. If she has indeed left Ballet Black I send her my best wishers wherever she is. I hope to see her back on stage soon - but even if that is not possible I wish her well.

Last night Ballet Black was as good as ever.  In fact I have never seen the company dance better. It performed the triple bill that David Murley saw at the Barbican on the 19 March (see Ballet Black at the Barbican 22 March 2016) and I saw at Salford on Manchester Day (see Ballet Black made my Manchester Day 20 June 2016). It started with Arthur Pita's Cristaux, continued with Christopher Marney's To Begin, Begin and finished with Christopher Hampson's Storyville. Pita, Marney and Hampson are three of the country's best choreographers. What could be a stronger programme than that?

Some ballets grow on you and so it was with Cristaux. I  liked it first time round but mainly for its impressive footwork - particularly the pointe work at the beginning at the beginning of the work. The music, Steve Reich's Drumming Part III, which seemed so sharp and repetitive first time round, was soothing last night. Watching Cira Robinson and Mthuthuzeli November circle the stage was like watching the life of a beautiful creation, a butterfly perhaps (or maybe even us), from its emergency from a chrysalis to its extinction. The music stressed the briefness of that existence. Then darkness. Very clever lighting design by David Plater. Beautiful costumes, particularly Cira Robinson's tutu, by Yann Seabra. Her tiara had been delayed in transit when the company visited Salford. That tiara really made a difference. Last night she sparkled literally from head to toe.

I found myself rooting for a tissue for To Begin, Begin. That was mainly because it was so beautiful. I had surmised that the blue silk that enveloped Sayaka Ichikawa at the start of the performance might represent distance such as an ocean and that the ballet might be about separation by distance when I saw it in Salford in June. I got to understand the ballet rather better when I attended the rehearsal at the Barbican a few weeks later (see Ballet Black's First Friends' Event: A Rehearsal with Chris Marney 14 July 2016). The ballet is about relationships.  Then the thought occurred to me that maybe the silk represents not just distance but death? I was reminded of those no longer with us. That was the other reason I had to fight to hold back tears last night.

Finally, Hampson's Storyville or the destruction of Nola. As I noted before, NOLA is an acronym for New Orleans Louisiana, Storyville is the red light district of that city and there are obvious parallels between Nola's story and Tennessee Williams's A Streetcar Named Desire which Hampson's company transformed into dance  last year. This is a narrative ballet which requires superb acting as well as dancing. What superb dance actors there are at Ballet Black - particularly the leads Cira Robinson as the hapless Nola, Sayaka Ichikawa as the heartless Lulu, Damien Johnson as the long suffering sailor and Jose Alves as the unscrupulous Mack.  Storyville is not a very happy but a compelling one.

Ballet Black will take their triple bill to the Tramway on 28 and 29 Oct 2016 which is a similar venue to the Stanley and Audrey Burton but on a somewhat bigger scale (see No Mean City - Accessible Dance and Ballet 26 April 2015). I am sure they will do well there for two reasons. First, it is on Hampson's home turf. He is a great fried of Ballet Black as well as the creator of two of its ballets, my joint choreographer of the year for 2015 and an all round good bloke. Secondly, they should find at least as good an audience in Glasgow as they have in Leeds and for much the same reason. As I wrote in No Mean City:


"I should say a word about the Glasgow audience. Even though I am a Friend of the company yesterday was the first time I had visited Scottish Ballet's home at The Tramway. There was a buzz in the auditorium and the bar that I have felt only in London in the United Kingdom. Evidently, Scottish Ballet has cultivated an audience that understands and appreciates dance and expresses its appreciation with the same enthusiasm."

I love Glasgow and I adore Ballet Black and I would have been in the audience had I not been learning The Nutcracker on the 29 (see A Unique Opportunity to learn a Bit of The Nutcracker 12 Oct 2016).

But at least I can give them a a tip as I know from its twitter stream that the folks at Ballet Black enjoy a celebratory nibble after the show. In my humble opinion, the best eatery in the whole United Kingdom is the Ubiquitous Chip. I've been going there for nearly 50 years - ever since I was a student at St. Andrews when I first started following what was then Scottish Theatre Ballet. Even Gita the Eater was impressed (see Feed me Scotland  18 Feb 2013 Gita Mistry Food).
Posted by Jane Lambert at 12:11