Our Turn to Impress 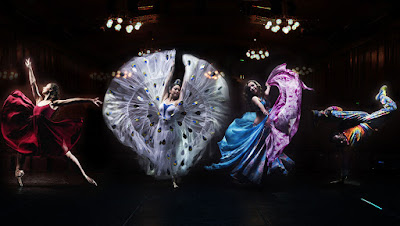 Last Saturday Hype Dance Company showed what it could do in its annual show and very good it was too, Next Saturday is the Dancehouse's opportunity to impress.  Classes in different styles take place at the Dancehouse theatre's studios almost every day of the week. Many of those classes are given by KNT Danceworks which I have attended since August 2014. At least once a year, members of those classes show off what they have learned in Move It.

Move It! is described as "a dance show choreographed and performed by members of our various evening and weekend classes, giving them a rare chance to work with our professional technical team on one of the largest stages in Manchester."  It is also great fun.  I have taken part in two of those shows in January 2016  and May 2017 and also watched two more. I described one of those shows as "Better than Eurovision", In the other, my niece Shola nearly stole the show (see Pride 23 Oct 2016).

This year there are 21 different pieces ranging from ballet to belly dancing. The Chinese dancers are always worth watching. They move gracefully in gorgeous costumes.  I am in the Pre-Intermediate Class which should come on stage just after the interval. We have put a lot of hard work  into this show. Last night, for example, we had two rehearsals in the studio, a walk though, and two more rehearsals on stage and staggered onto Oxford Road at 21:00.

Move It! is fun not only for dancers but also for the audience. It is more like a party than a performance.  There is a well-stocked bar which opens before the show and stays open long afterwards.  There is a Tesco across the road and a Saisnbury's a few minutes walk away if you fancy some nibbles and more fast food restaurants and cheap eateries than just about anywhere else in Manchester. The NCP car park at Chester Street is literally round the corner and Oxford Road station 2 minutes away.  If you want to stay the night in the area, there is a Holiday Inn Express almost next door and an Ibis a few minutes away.