The gala of the 7 Sept 2016 which I described in Dutch National Ballet's Opening Night Gala - Improving on Excellence 8 Sept 2016 was a double celebration (Dubbel Feest) of the careers of the great ballerina Igone de Jongh and the great artist, choreographer, dancer and designer Toer van Schayk.

Van Schayk is perhaps the nearest we have in the modern age to a renaissance man and that is how he is described by Richard Heideman, press manager of the Dutch National Ballet in a press release to announce his appointment as an Officer of the Order of Orange Nassau (an order of chivalry in the Netherlands roughly equivalent to our OBE). He was presented with that honour by Mariette Bussemaker the Dutch Minister of Education, Culture and Science on stage on the first night of Dutch Masters which celebrates three giants of Dutch Ballet, Rudi van Dantzig, Hans van Manen and Toer van Schayk. The Minster described van Schayk as follows:


“Toer van Schaijk is multi-talented. Dancer and choreographer. Costume and set designer. Harpsichord builder and sculptor. Painter and also inventor of his own notation method for choreography. You cannot sum him up under one heading, and that makes him a wonderful, unique person.”

Dutch Masters includes van Schayk's latest ballet  Episodes van Fragmenten which was premiered at the opening night gala on the 7 Sept 2016. This is a particularly beautiful pas de deux as you can see from the following YouTube clip:

Although there are only two dancers there are on stage two other artists on stage, namely a violinist and a pianist whom van Schayk regards as equally important. For that reason, he describes the work as actually a pas de quatre.

The dancers at the gala were Young Gyu Choi and Qian Liu who also appear in the YouTube clip. Here are some photos by Altin Kaftira for you to enjoy. Please note that in each case copyright in the photographs belongs to the Dutch National Ballet which has kindly licensed me to reproduce the same. The company has not granted anyone else permission to copy the following pictures and neither do I. 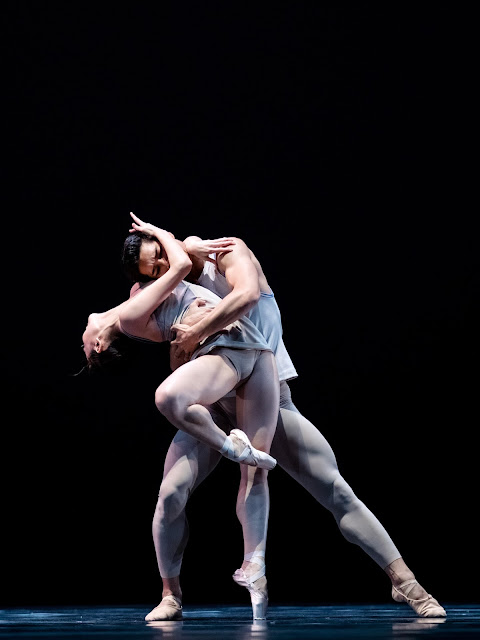 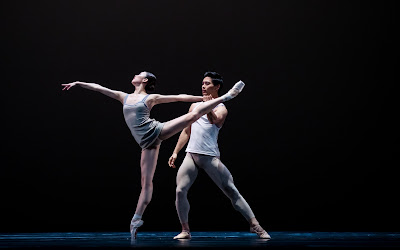 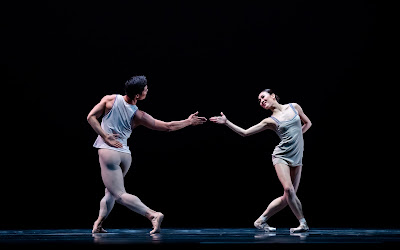 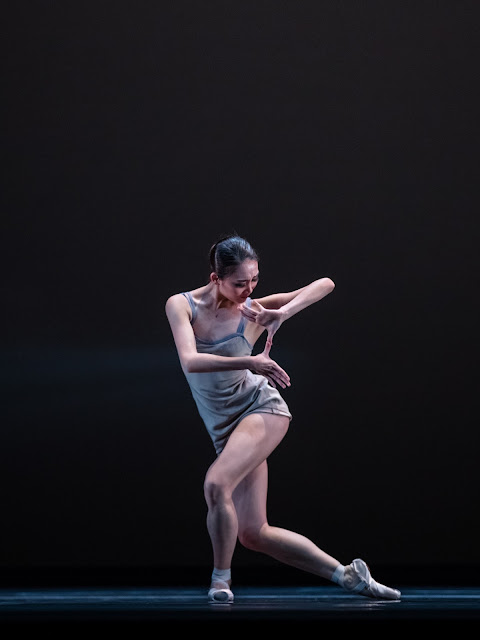 The ballet is set to the music of Eugène Ysaÿe’s Extase.  It traces the relationship between the man and woman with different emotions. .

As well as choreographing and staging the work van Schayk also designed the costumes. Not surprising for he is a multi-talented artist. As Richard Heideman says in his press release;

"he choreographs, paints, sculpts and designs scenery and costumes. In everything he does, he shows a craftsmanship, precision and eye for detail that seems almost to belong to another era. He has worked with Dutch National Ballet for over fifty years. Van Schayk began his dancing career with the Nederlands Ballet, stopped dancing to train as a sculptor, but returned to dance on stage again in 1965. He stood out for his expressive and moving interpretations and, from 1971, for the ballets he created, in which you can often discern the visual artist because of their plastic quality. He has created around forty ballets in total, including the full-length The Nutcracker and the Mouse King (in collaboration with Wayne Eagling). This ballet is still regularly presented by Dutch National Ballet, as are his designs for Swan Lake, Romeo and Juliet and Giselle."

Van Schayk celebrates his 80th birthday at the end of this month. I am sure all my readers will join me in congratulating him and wishing him well.
Posted by Jane Lambert at 22:00