All Hail to the Lone Star Dancer 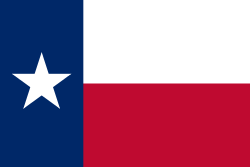 Texas is often called the "Lone Star State" because of the design of its state flag which harks back to the days when a number of English-speaking settlers adopted a flag that consisted of a single star for an insurrection that resulted in Texas's secession from Mexico in 1836 and its eventual absorption into the United States in 1846. Sadly when it joined the Union it did so as a slave state which prolonged one of the most egregious outrages of human history that ended only after a particularly tragic civil war and was followed by the systematic oppression and marginalization of former victims of that outrage and their descendants that have continued until our own times.

However, that is only part of the picture for that state of nearly 28 million people has contributed much to humanity in the arts, science, technology, government, industry and commerce. One of the more illustrious of those 28 million is the dancer Damien Johnson who celebrated his 10th anniversary with Ballet Black at the Nottingham Playhouse last night. We were alerted to the celebration by the cast sheet that urged the audience to

We did indeed celebrate with a standing ovation for that fine dancer when the company's founder, Cassa Pancho, entered the stage and presented Damien with a massive bouquet of flowers. It was the first time in over 50 years of ballet going that I have seen such recognition for a premier danseur noble as opposed to a ballerina in this country (though it is often done in Russia and other countries) and, as a feminist, I hope it will not be the last.

Yesterday's performance was memorable for me not just for Damien's celebration or even the company's performance but because Cassa introduced me to Anabelle Lopez Ochoa as we were taking our seats for Little Red Riding Hood.  Annabelle had created that ballet for Ballet Black but she has also choreographed A Streetcar Named Desire for Scottish Ballet (see Scottish Ballet's Streetcar 2 April 2015), Reversible for Danza Contemporanea de Cuba (see Danza Contemporanea de Cuba at the Lowry 19 Feb 2017) and many other works. Earlier this year, she held a workshop at the Barbican in February which I was actually invited to attend and I was very tempted to do so. Had I been a stronger and more skilful dancer I would have accepted readily but I really did not feel up to the challenge. I am very grateful to David Murley for attending the event and reporting back to us in Red Riding Hood Workshop at the Barbican with Annabelle Lopez-Ochoa and Ballet Black.

As Is often the case, I enjoyed Ballet Black's mixed bill the second time even more than I did when I first saw the show (see Ballet Black Triumphant 7 March 2017). I think that is because I noticed details that I had missed before such as the humour in the show like the mewing of the wolf cubs as they harass Grandma, the swooning of the she-wolves as they encounter the Big Bad Wolf's, BBW's gestures such as the swinging of his pyjama string tail and Grandma's battering of BBW with the flowers that he had just given her, I also appreciated the other two works more, particularly Corder's House of Dreams as his Baiser de la Fée which I had seen in Birmingham the night before was still fresh in my memory (see Birmingham Royal Ballet's Three Short Ballets: Le Baiser de la fée, Pineapple Poll and Arcadia 22 June 2017). Indeed, I was going to compare and contrast the two works had it not been for Damien's celebration. I had even toyed with "Cordered" as a headline for today's post.

I look forward to seeing Ballet Black again in November when they will venture out of the Beautiful South for a night in Derby on the 15 and two in Leeds on the 17 and 18 where we shall ply them with Taddy Ales, Bradford naans (not all that different from Yorkshire puddings) and parkin. They won't get any of that in their other venues.
Posted by Jane Lambert at 10:06