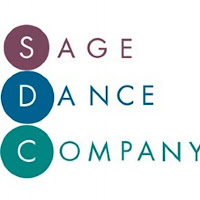 Yesterday @SageDanceCo1 started to follow me on Twitter so I looked them up. I found that they are  "a community dance company for people aged 55 years and over" with a mandate continually to "create new work for performance and improve the members’ technique and further their skills through the rehearsal and performing process" which "has led to increased abilities in learning skills and memory capacities as well as maintaining both the health and fitness of the dancers." The company is based in London and has performed at festivals in Barnes and Richmond and various other venues around the capital.

When I joined Northern Ballet's Over 55 class in Leeds, it was one of the few classes for dancers in my age group anywhere n the country (see Realizing a Dream 12 Sept 2013). Now there are loads such as Rambert's Mercury Movers in London, Scottish Ballet's Regenerate in Glasgow and Dance City's in Newcastle, Also, the Royal Academy of Dance plans to roll out its Silver Swans programme throughout the UK and USA.

Class is all very well but ballet is intended for the theatre. There is nothing like a performance in front of a living, breathing and paying audience to get the adrenalin running as I discovered when I stepped on to the stage of the Stanley and Audrey Burton Theatre in Leeds for the first time (see The Time of My Life 28 June 2014). Timetabling constraints prevent the Northern Ballet from running shows for the Over 55 class but I have been able to perform at the Dancehouse in Manchester (see Show 14 May 2017 and "Show!" The Video 10 June 2017).

Sage Dance Company offers an opportunity for dancers of my age group in London to perform in public at an even higher level.  The company was founded in 2010 by Simon Rice of the Royal Ballet. It is a classical company and the standard appears to be very high. According to the company's home page there are in the repertoire:

Richard Taylor made a delightful film about this company on YouTube which covers their classes, rehearsals and drinks in the pub afterwards. Just look at the expressions on the dancers' faces. Just like us in Leeds. Dance is a wonderful thing is it not.
Posted by Jane Lambert at 08:48