Ballet and Bollywood - why they don't meet more often 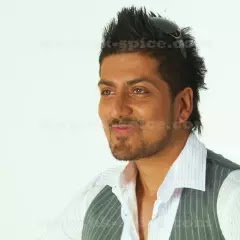 A few weeks ago we had the pleasure of welcoming Raj and Mel to our adult ballet class at Team Hud. Raj had danced with Mel in Big Ballet and it was great to see them both. After the class the three of us together with another friend crossed the road for a coffee and a chat.

Raj has many interests one of which is Spice Entertainment with its Bollywood Dance Group. Over coffee we discussed Bollywood and ballet and one of us - almost certainly Mel - suggested a Bollywood version of La Bayadère. "Ooh! With Sarah Kundi as Nikiya!" I enthused. Anyone who reads this blog will know that I am one of Sarah Kundi's fans and I had just seen her for the last time in England for a while in English National Ballet's Romeo and Juliet in the Round.  We discussed ways in which we could make it happen and Mel and Raj decided that the first step might be a workshop exploring ballet and Bollywood.

Clearly great minds think alike for a few weeks later Mel and I attended the Tenth Anniversary CAT Gala at the Stanley and Audrey Burton Theatre where David Nixon presented some of the Northern Ballet Academy's recent alumni.  One of them was Joseph Poulton who has already begun to make a name for himself as a dancer with Ballet Black and also as a choreographer. Nixon mentioned that Poulton had the idea of combining Bollywood with La Bayadère. Mel sat up bolt upright in her seat. "That's my idea" she whispered. After the show Mel introduced herself (and me to Poulton) and told him about her idea for a workshop.

Such a workshop is actually going to happen at Hype Dance Company in Sheffield on Sunday 10 Aug 2014 between 14:00 and 16:30. According to the Eventbrite web page Mel and Raj will give an introduction to classical ballet and Bollywood techniques between  14:00 and 15:00. After a short break delegates will use the rest of their time devising their own Bollywood inspired improvisation.  It sounds tremendous fun. Tickets cost £12 and can be booked here.

Considering that La Bayadère is set in India and there are several other ballets with Indian dances as divertissements I wondered why there were not more workshops like Raj and Mel's including some in India as well as in England. Part of the answer may be that ballet has not taken off in India in the way that it has in Japan and China. Considering that English is widely used in business, government and education in India and the many ties between India and the UK and other European countries that is surprising.

There are, however, signs that that may be changing. I googled "ballet" and "India" and discovered the National Ballet & Academy Trust of India in Delhi, a School of Classical Ballet and Western Dance in Mumbai and the Imperial Fernando Ballet Company in both cities which show that there is some interest in ballet in India. I also looked up theatres and found the National Centre for Performing Arts in Mumbai which is a complex of auditoriums, rehearsal studios and outdoor performing spaces including the Godrej Dance Theatre. The Centre hosts The Symphony Orchestra of India, the country's first and so far only professional symphony orchestra whose repertoire includes Stravinsky's Firebird.  The performance of that suite was applauded warmly so there seems to be an audience for ballet and the National Centre certainly provides an infrastructure.
Posted by Jane Lambert at 02:44