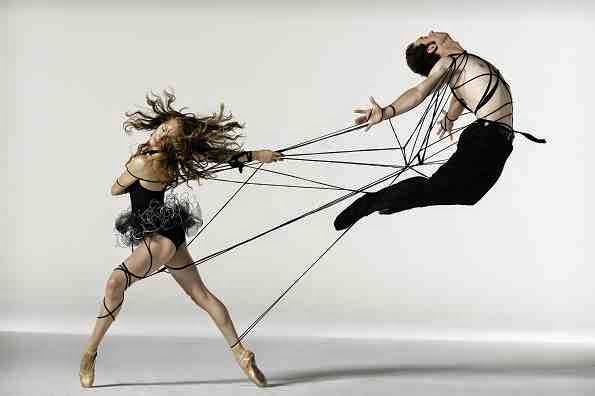 I'm going to take Terpsichore readers back a few days in my imaginary time machine to week commencing Sunday 29th June. It wasn't that long ago, so I doubt any of you will be travel-sick, but please accept my apologies if you are! This week was quite a significant one for me because it started with an insightful chat over a decadent afternoon tea with a certain UK choreographer and dancer who I have raved about, and mid-way through brought about an interesting revelation about my own choreographic abilities.

At the very start of the week, as Jane herself mentioned in 'Coming down to earth...' I found my awkward self sitting next to Kenneth Tindall at the 10-year Anniversary Gala for the Northern Ballet's CAT programme. Amidst my whinging about having to sit down on a chair and eating more food (that weekend was a particularly indulgent one on the 'om nom nom' front), I actually managed to compose myself enough to start chatting with Tindall about his choreography, ideas, inspiration, what David Lynch's Silencio is like, and his natural transition into making dance as well as performing it. Although I wasn't exactly in roving reporter mode, I did manage to pick up and remember a few insights from him the most important being to just get myself out there. If I want to be taken seriously as a choreographer and dancer, I need to go to The Place that will give me a fair assessment instead of simply brushing off my lack of relevant experience.

I also asked Tindall a few questions about the recent process of choreographing 'The Architect' on his Northern Ballet dancers, since it was really clear to me that all the dancers were fully on-board with his vision and direction during their performance of the work in the June premier. Interestingly, he did mention that it can be hard sometimes to convince even these incredible physical performers to move in a way that is out of the classical ballet box, and that also got me thinking about the true relevance of linear training paths. Now I'm not in any way even going to attempt to compare myself  to any working professional classical ballet (or even contemporary) dancer for that matter, but I found it hard to imagine being so 'stuck' in a way of moving that I wouldn't be fully able to grasp or understand something that was a little bit different to that. Maybe it's my own versatile movement background, or maybe it's because at heart I am very inspired by Bruce Lee's philosophy on movement, either way I'm generally that over-enthusiastic dancer on the sidelines who will try anything (including 'Smooth Criminal' induced faceplants!) Is a liner dance training path too closeted, should physical performers of in 21st Century classical ballet be open to and incorporate new and different ways of moving? And in some cases, how can an individual with a background similar to mine be considered less relevant as a dancer and dance maker than someone who has pursued a singular way of moving for much of their adolesence and adult life? These are questions that I'm sure Jane herself will have asked after astutely saying ballet needs to avoid atrophy in her introduction to me last month.

Anyway, back to my significant week! On Wednesday I attended a CPD day with one of my teachers and general all-round dance inspiration Benoit Egloff, entitled 'Crossing Points'. Egloff is a true exponent of European classical and neo-classical ballet (I could devote posts and posts to the beauty of his supremely arched feet and long lines), no wonder really due to his training background at Paris Opera Ballet and the Paris Conservatoire du Dance. However, in his time he was exposed to 'radical' and unorthodox training methods, and even though his creative voice is very established he still seems to be one of those people to whom new and different ways of moving in classical dance are relevant and important. He's also been the source behind the now-legendary terms (at least in Sheffield!) 'Google Maps: be over your work!', 'arms in seconde, no chicken wings', 'put your nose in your port de bras, Mel' and the classic 'no camembert' for hands in fifth!

'Crossing Points' really was a day of creative exploration, to start with we learned and danced a (what would then have been) radical contemporary ballet piece by Felix Blaska (and got the opportunity to create our own sections in the dance 'in the theme of') but it was the second part of the workshop that I found most beneficial and revelatory about the direction that I may be heading in as a dance artist and maker. Although the whole day was focused on developing a new sense and understanding of musicality, the task of physically choreographing the music, instruments and quality heard in Verdi's overture to 'La Traviata' was probably one of the best studio-based experiences I've had this year.

Naturally, this music sets my ears and brain on fire. It's evocative, and then some, and a bit of a heart-wrencher. But in its richness and versatility offers lots of areas for exploration, which in our 2-hour creative task I tried to take full advantage of. We split into two smaller groups, after performing an improvised entrance to the music's mournful introduction, and my group were tasked with making Egloff see the string's aria-like quality on our bodies and in our movements. I could see some participants were a bit flummoxed by the task, but I was really in my creative element. And even though when my brain gets all fired up like that it can lose focus, I managed to contribute choreography to the group that was coherent and well-suited to the quality of the music. We went from sweeping GRAND port de bras to collapses onto the floor before carrying on the pizzicato quality of the music with synchronised swimming-inspired beaten legs. But it was the clarity of knowing that I can make music come to life with my physical movement that was the most positive thing that I took away from the day.

For sometime now I have been questioning not just my relevance as a maker and performer of dance but also how I actually combine all my influences and ambitions into coherent movements. In my weekly choreographic explorations at Hype Dance Company I often don't get the chance to be purely led by a piece of music, understandable since I am trying to develop a decent skillset, but I've learned from Egloff's CPD day that do actually want to try choreographing in this way. I don't need to over-complicate something as simple as moving to music by imposing concepts, structures, pre-defined emotions and expectations, it's actually OK to experiment with how music looks on a body. After all, it was good enough for George Balanchine!

*This image has nothing to do with my revelatory dance week, however it is a beautiful one!