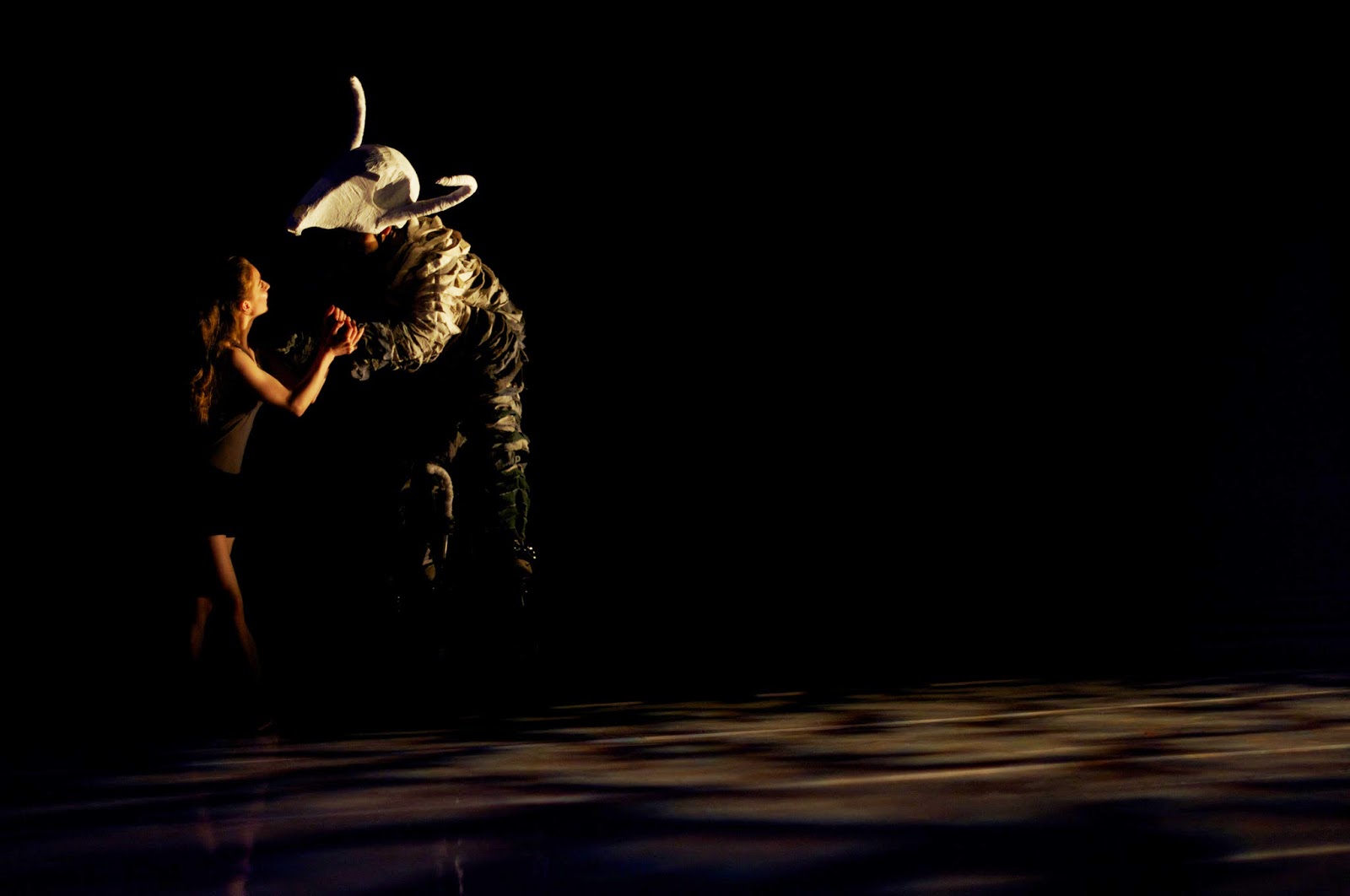 A little bit of Welsh indulgence
On Sunday 22nd June I embarked on a last minute trip to Lincoln with Jane to see the beautiful Ballet Cymru perform their take on the 'Beauty & The Beast' fable. The company themselves are based just 45 minutes away from my hometown of Bridgend, in a new home set in an unassuming building in an industrial estate in Newport, Gwent.


(I can't believe that Ballet Cymru didn't get a mention in this little ditty!)

Anyway, to say that I am proud of this small touring classical ballet company with exceptionally high standards goes without saying! Although currently lacking any Welsh dancers, Artistic Director Darius James is a Newport boy born and bred, and for this evocative production a new score was commissioned from Cardiff University graduate David Westcott. So, despite being far away from my hometown in a modern Performing Arts Centre in the city of Lincoln I still got to see the the pinnacle of Welsh ballet! Ballet Cymru are very much an ensemble, from my brief communications with Assistant Artistic Director Amy Doughty and from observing the dancers and technical staff you get the feeling that they are all collaborating and sharing their skills and talents to make their company a success. They have real heart and soul, and this was no better shown than in their performance.

On with the show...
With the opening strains of Westcott's haunting score cascading through our ears the curtains opened to the full dance company on stage, introducing us to and inviting us in to watch their interpretation of Jean Cocteau’sublime La Belle et la Bête. And invite us in they did! The combination of James' and Doughty's swooping choreography and the rustic screen projections and crisp lighting design gave an intimate feel to the performance, as if we were watching a travelling show of unique, esoteric beings who appear briefly overnight only to disappear the next morning. And all of this was magically pulled together by the bewitching, elegant and dramatic Ballet Cymru dancers.

We're all familiar with the tale, and Cocteau's 'Beauty' is filled with themes of friendship, family, romance and redemption. I believe that Ballet Cymru really managed to convey these themes and ideas within their piece. Nicolas Capelle gave a truly heart-breaking performance as Beauty's father, who upon learning of his son's (Andrea Battaggia) selfishness and greed embarked on a desperate journey to the Beast's castle. At times his desperation made me feel that this journey was more of a suicide mission, as if he couldn't face the shame of returning home empty-handed to a family, who without the presence of a matriarch placed high demands and expectations upon him. After battling through the bewitched Castle (brilliantly brought to life by members of the company) he sights a single red rose and with that remembers his youngest daughter and his promise to her, effectively bringing him back to life. It wasn't the last time that Ballet Cymru's Beauty would have this effect on the men in her life, either.

A cacophony of noise announced the arrival of the Beast onto the stage, and it was a Beast unlike any I had ever seen before. Brilliantly brought to life by Mandev Sokhi (who managed to convey a sense of pathos despite his alien form), this creature was literally skin and bone. I applaud Ballet Cymru for creating a truly physically repellent character that was at times reminiscent of Max Shreck's Count Orlok and Harrison Birtwistle's Minotaur. Sokhi's Beast carried a great burden, shaking, stumbling and contorting his way across the stage during the introductory scenes before re-coiling into an insectoid like form when faced with the purity and honesty of Lydia Arnoux's Beauty. As a fellow dancer I couldn't help but admire Sokhi's stamina and dance talent when, after his unveiling as a handsome prince, he bounded into a serious of bravura steps and pas de deux. This was no mean feat after bending over double for 75% of the production, especially when partnering the petite Arnoux.

Unfortunately, although I was incredibly 'taken' with Capelle, Sokhi and the exceptional Krystal Lowe (who as well as dancing the 'clever sister' role made good use of her strength, fluidity and footwork as part of the Beast's living castle) I wasn't quite as enamoured of Arnoux's Beauty as I needed to be. I like spacious dancers who extend and reach through movement, and Arnoux's petite frame meant that at times the gorgeous choreography was a bit lost on her. And her childlike appearance also brought to mind a sullen Shirley Temple, which made the subsequent romantic duets with a very dashing Daniel Morrison as Avenant a little uncomfortable to watch. I suppose I would also say that I was a little disappointed by the generic casting of a blonde, petite, cherubic dancer as Beauty. I was craving something a little less obvious than that, and at times I found myself imagining what Lowe would be like as Beauty instead. There's no doubt that Arnoux is a very talented dancer and actress, however, and her stage presence and dramatic ability more than made up for her lack of stature amongst some of the ensemble pieces with her taller peers. I look forward to seeing her perform other roles, her lightness and quick feet would make her an ideal Puck if Ballet Cymru would re-cast their version of '...Dream'! 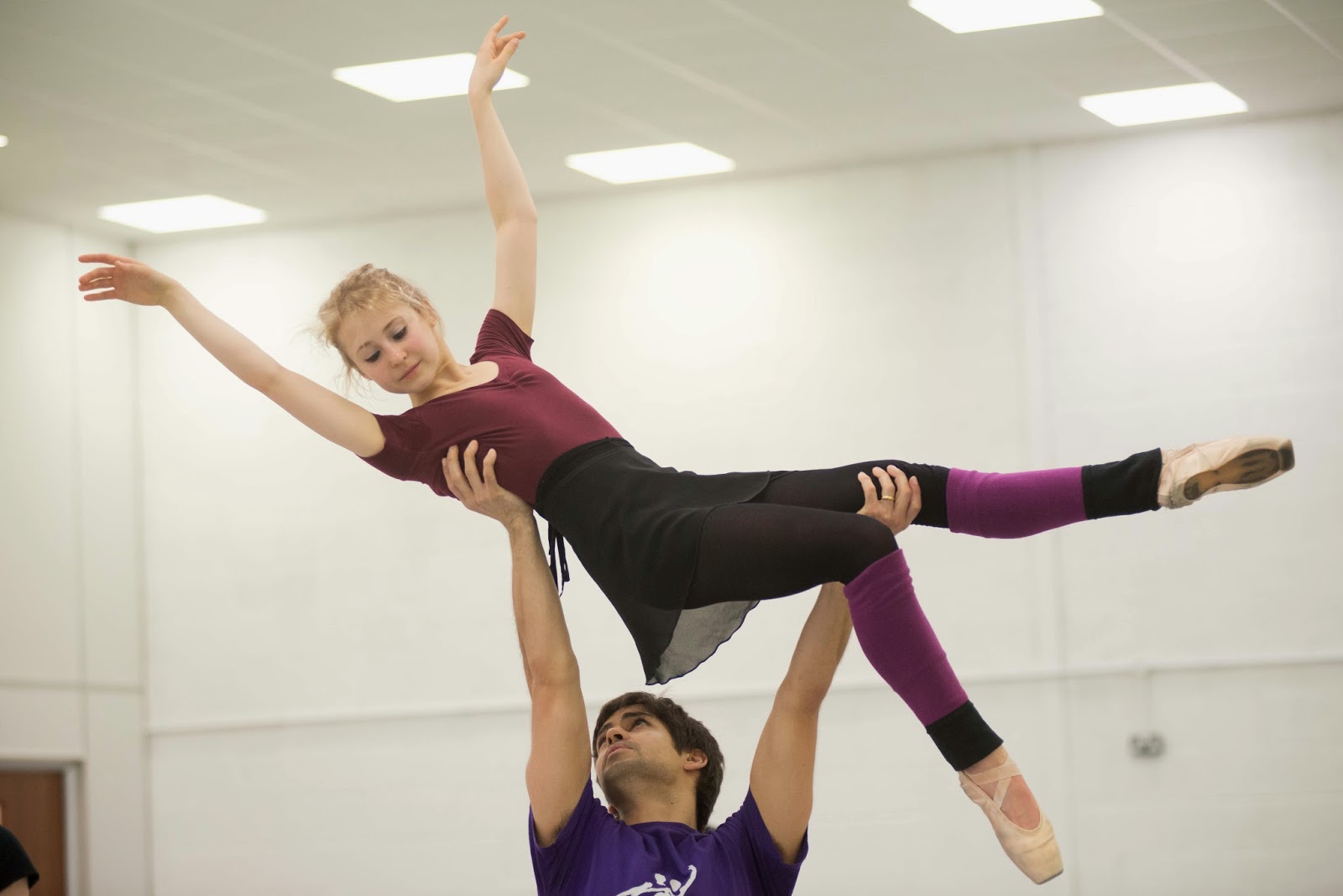 So without giving any more of the ending away, although I'm sure readers will guess that they all lived happily ever after, it just leaves me to say rhydw'yn hoffi Ballet Cymru! I'd also like to give a special mention to Robbie Moorcroft, who brought a sense of vivaciousness and genuine friendship to his performance as friend and companion to Beauty's siblings (he was also kind enough to indulge in a little chat with me after the show!).

Train with the company
Although Ballet Cymru's website (www.welshballet.co.uk) is still under development they are currently taking bookings for their 2014 Summer School via the contact details on the holding page. I'm sure many of my fellow dancers will take advantage of the opportunity to spend a week with this marvelous company! The company are also carrying out an ambitious programme of outreach work within the local community in South Wales, and again contact details for this are displayed on the website.
Posted by Unknown at 03:21