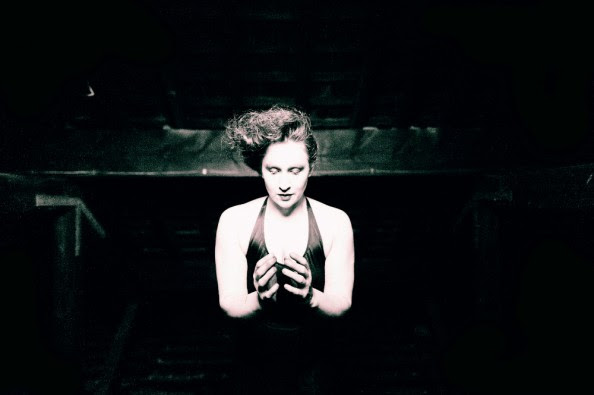 I'm not sure that Mel needs an introduction, Her first two posts for Tepsichore - "Kenneth Tindall - The Architect of Ballet"  21 June 2014 and "For grown ups who haven't lost touch with their childhoods - Ballet Cymru's Beauty & The Beast" 24 June 2014 - have been extraordinarily popular. That's not just because she can write well. It is because she is a dancer and knows what she is talking about.

Mel came to my notice when she was in Channel 4's Big Ballet. As I said in my review "No Excuses! If the Dancers in Big Ballet can do it so can I" 21 Feb 2014 I did not watch the series because I don't like reality TV but I did watch the film of the performance on Channel 4's website and was impressed. She signed up to BalletcoForum of which I was already a member shortly after the show and we swapped a few pleasantries now and again.  We started to correspond because she appealed for a dance teacher on BalletcoForum and I happened to know a good one.  In the course of correspondence Mel told me something of her career in dance and shared links to some videos of her on YouTube.

We actually met for the first time in May when I gave her a lift to Lincoln to see Chantry Dance (see "Chantry Dance Company's Sandman and Dream Dance" 10 May 2014). On the way down to Lincoln we got on like a house on fire. Ballet is a lifetime passion for me but it is not for everyone so I have to be careful who I share it with. No such problems with Mel. It was so good to meet someone who was as enthusiastic about dance as I was. That trip to Lincoln was a first for me for we ended up dancing on stage. There was no audience for our performance but Gail Gordon of Chantry Dance filmed us on her iPad,

The teacher that I had recommended applied for and got the job and she invited me to take her class in Sheffield. Mel took that class too and I saw her dance. She dances quite differently from most women. She is strong and really soars in her sautés and jetés.  She's not called Skydancer for nothing. She's got just about as far as she can taking class in the evenings and now wants to take professional training while she still can. She has appealed for funding through gofundme and she has already made quite a good start.

Some styles of dancing have been atrophied by tradition until they are reduced to a few dedicated practitioners. Ballet is a long way from that fate so long as it evolves but there are purists who like to keep things just the way they are. One of the ways in which it has to evolve to avoid atrophy is to recognize that women do not have to be petite and princess-like. In the real world they come in all shapes and sizes and do all sorts of jobs from architects to zoo keepers some of which require enormous physical strength and endurance. As we saw in the Olympics and other sport women brandishing bats and boxing gloves can be just as beautiful to watch as ballerinas. Mel may never look right as Lise or Giselle but she is just right for the roles that just need the right choreographer. Maybe Mel will even be that choreographer.
Posted by Jane Lambert at 21:11