Oh dear I am beginning to sound like a lawyer 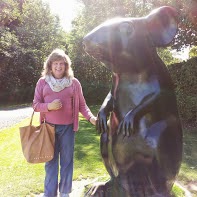 A week ago I had lunch with a friend who is also into ballet.  We met just before 14:00 but stayed for the whole afternoon. We had a lovely time talking about ballet, ballet, ballet and yet more ballet. We would have stayed longer had a waitress not thrown us out. Although we talked almost exclusively about ballet there were 5 minutes when we discussed law. The reason we talked about law was that my friend had read Branding and Ballet - Copyright and Rights in Performances 3 May 2014, Branding and Ballet - Licensing the Brand 18 April 2014 and Branding and Ballet - Ten Top Tips 13 July 2014 and wanted some clarification on a few points. As other people are likely to have similar questions I thought I would mention them here.

Who owns copyright in a ballet?
A ballet is a composite work consisting of a story, choreography, music, sets, costumes, lighting and much more. Anybody has contributed any of those things is likely to have created a copyright or other intellectual property right. Thus there will be separate copyrights in the story, choreography, score and so on. It is unlikely for the same person to own all of those rights unless it is a very big company that has taken extensive legal advice from specialist lawyers.

How can copyright subsist in choreography?
S.1 (1) (a) of the Copyright, Designs and Patents Act 1988 provides that copyright subsists in original literary, dramatic, musical or artistic works. S.3 (1) includes works of dance and mime within the definition of dramatic work. It is important to have regard to  s.3 (2) which provides:


"Copyright does not subsist in a literary, dramatic or musical work unless and until it is recorded, in writing or otherwise..."

Notation by a Benesh choreologist would meet that requirement but so probably would a video recording of a ballet or enchainement.

How long does copyright subsist in a choreographic work?
In this country and the rest of the EU it is the life of the author plus 70 years. In other countries the term may be longer or shorter.  As Marius Petipa died in 1910 any copyright that may have subsisted in his work has long expired. Ashton, however, died only in 1988 so his works are still in copyright.

Don't forget that some works have been modified extensively by modern choreographers. La fille mal gardée, for instance, was first performed in Bordeaux in 1789 less than a fortnight before the storming of the Bastille but the version that everyone in this country knows and loves is Sir Fred's and as I have said above all his works are in copyright.

So what does copyright restrict?
Most importantly performing the work in public (see s.16 (1) but also copying the work, issuing copies to the public, renting or lending the work to the public, communicating the work to the public or making an adaptation of the work. Don't forget that those restrictions are subject to a large number of exceptions which are set out in Chapter III of Part I of the Act and that many of the things that you may wish to do may be expressly or impliedly licensed. It is important to get specialist advice on all of that.

What about other intellectual property rights?
Dancers and musicians are performers for the purposes of Part II of the Copyright, Designs and Patents Act 1988 and they have the right to object to broadcasting, filming or taping of their performances under s.180 (1) (a). So, too, do broadcasters, film or sound recording companies with the exclusive right to record such performances pursuant to s.180 (1) (b).

Costume designers may have unregistered Community design and unregistered design rights in any costume designs that they may create in addition to any copyrights that may subsist in the fabric designs or indeed the costumes themselves as works of artistic copyright. Similar rights may also subsist in props and three dimensional scenery.

Finally, be careful about titles or names of ballets. Copyright can't subsist in a single word or even a phrase as such but if a ballet (or for that matter film or play) is associated with a particular company, choreographer or performer there may be circumstances in which the company, choreographer or performer could complain that you are representing a connection with his even if you use completely difference choreography or music.

OK. So what do I do if I want to stage a ballet?
Find out who the rights holders are of every work that comprises the ballet and ask for a licence or permission from each of them. It has become considerably easier to obtain such permission since 25 Oct 2014 when an orphan works licensing scheme came into force. I have written quite a lot about this in my IP blog (see Orphan Works Licensing 3 Nov 2014 NIPC Law).  It could be made even easier if Professor Hargreaves's proposal for a copyright clearing house ever sees the light of day (see Digital Copyright Exchange: Hooper's Final Report 31 July 2012 NIPC Law) but that idea seems to have been put on the back burner for the time being.

In the meantime I am thinking of setting up and running a cost-effective web based copyright rights clearance and licensing service and will be glad to talk about it if you want to get in touch.